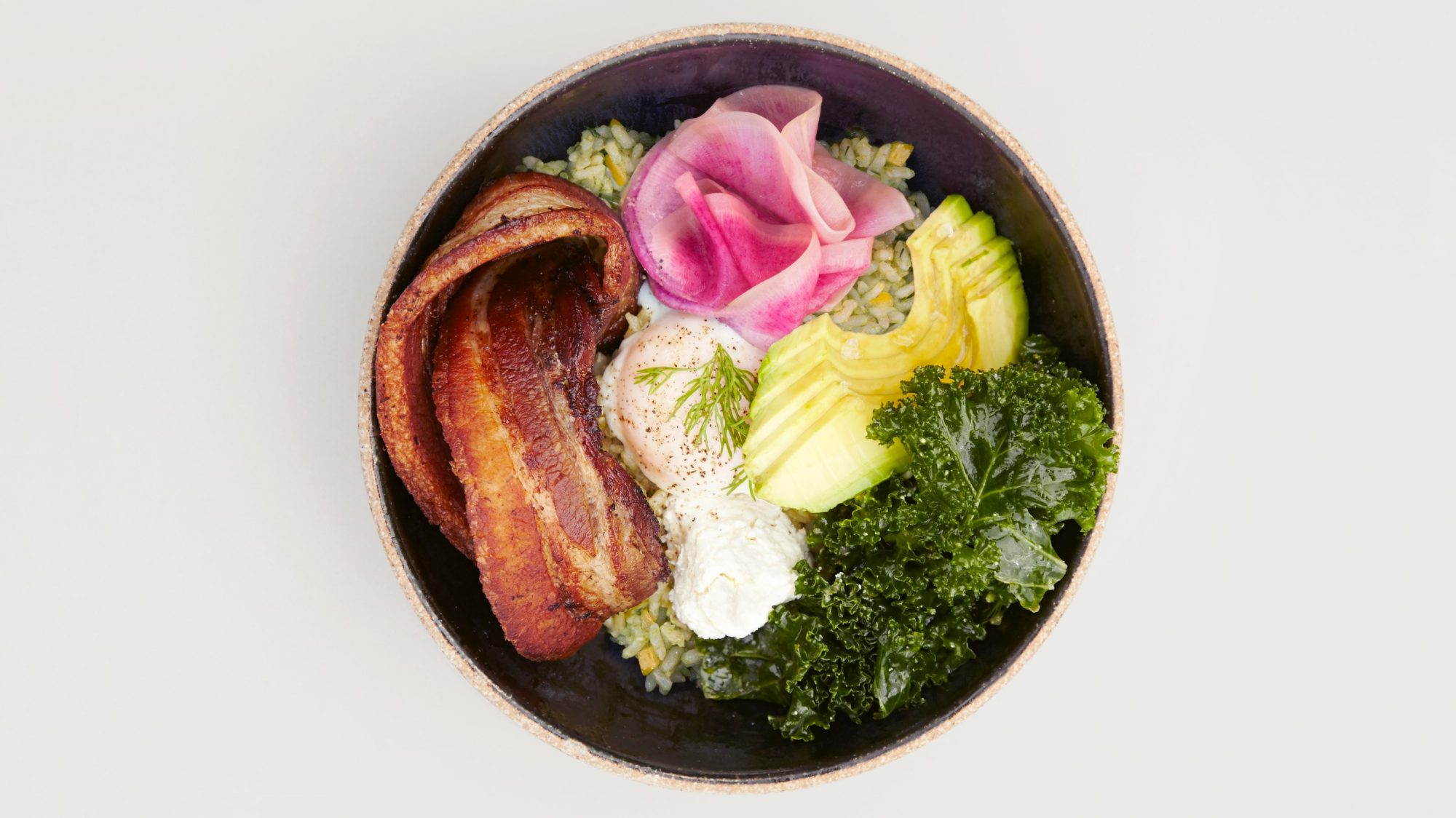 One of my favorite restaurants is Sqirl in Los Angeles, and few have been as influential in the recent food world as founder and chef Jessica Koslow. At Sqirl, Koslow has pioneered a new genre of California breakfast, serving unusual dishes like sorrel pesto rice bowls with lacto-fermented hot sauce — a dish worth flying to LA for! — and ricotta toast with house-made jam. Last time I checked, the line to order is still wrapped around the corner.

So I’m excited to have Koslow kick off a new interview series that I’m calling Track Changes, where interesting, original, and creative people discuss the changes they’re seeing in consumer culture, habits, and taste.

One of the big changes Koslow says she’s seen at Sqirl is the rise of to-go orders, which have become enough of her business — more than a quarter — that in late 2019, she’s planning to open Sqirl Away, a takeout and delivery focused spot, nearby. (This concept has been in the works for a while, and got close enough in 2015 that WSJ Magazine all but declared it open.)

Sqirl Away could take some stress off the main Sqirl line, and will also provide some creative opportunities for her cooks in both kitchens. It could also potentially prove to be the Sqirl spinoff that could scale beyond Los Angeles.

In the meantime, Koslow is preparing to open her second restaurant, Onda — a big-deal collaboration with Mexico City chef Gabriela Cámara — in Santa Monica in mid-August. (If you want to learn more about Koslow’s story and the lead-up to this new place, I highly recommend her recent Dave Chang Show podcast appearance.)

Earlier this spring, after lunch service at Sqirl, Koslow spoke to The New Consumer about the changes she’s seeing in food and dining. Our conversation has been lightly edited for clarity and space.

Koslow: The biggest change I’ve seen is the amount of to-go. When I opened Sqirl, I thought I was bringing a neighborhood café, like a daytime Cheers, to the neighborhood. I didn’t really think of the to-go aspect of the business. And now we’re between 25% and 30% to-go.

That has changed not only how long people wait in line when they’re coming here, but the way that we build dishes in general has changed — things we know we can build that we know will travel well to their final destination, so when it gets there, they’re not disappointed.

You go down to Mexico City, and there’s something called sobremesa — people will hang for hours and just be in conversation, and it’s a way of life. That is not the way of life here. It’s becoming more about how much work you can get done during the day and eat while you’re working. It’s the multitasking life — when you’re eating to go and you’re also working on your computer. And it’s something I didn’t think about.

I really wanted a place for people to come together and have a moment to breathe and take that break. It still happens — if you look around here right now, there’s people hanging out, there’s people just outside taking in sun, reading a book. But it’s rare.

Are people becoming more adventurous in what they eat because of restaurants like Sqirl?

What’s crazy to me… I had a cook — she’s a cook and a runner, she was here at the beginning of Sqirl, her girlfriend is a barista, they opened up a cafe called Wide Eyes Open Palms in Long Beach. Ricotta toast, a sorrel bowl — it’s cute, right? But now people are thinking about that as being okay for breakfast. In a space ten years ago when that was totally bizarre, now what we’re doing is almost weirdly completely normal.

And of course on the weekend we have people coming in from all over the world, where this is a new thing, and it still is weird. But it’s more accepted now. So then the question is: What is the new normal? How do we create the new normal? What does that look like?

How do you feel when you see something that resembles one of your dishes being served around the world?

It’s a good feeling. Even in Copenhagen, my friend who owns Atelier September, he has another coffee bar, he does a ricotta toast there, but instead of jam he takes macerated blueberries. And I’m like, that’s amazing, do it.

I’ve seen a ricotta toast on the Tartine menu in San Francisco, and then on top of the jam they add fresh fruit. It’s progression.

The sorrel pesto bowl came from a Michel Troisgros dish — a sorrel and salmon dish. I tasted sorrel and salmon in Cambria, and I was like, sorrel is something that I want in every part of my body! So I just started playing around with it.

How do you think attitudes toward food have changed the most over the past few years?

I feel like I’m in a bubble. I live in Silver Lake. Our restaurant is in Virgil Village. We’re in Southern California. We’re in a place where people are willing to try something different. It’s unique.

I still think at breakfast and lunch, people want something that feels comforting. And so I think the best thing to do is to recognize that, and in your own lane, do that.

People know what oatmeal is, so why not try rice porridge? It became something that people would try because it’s reminiscent of oatmeal. Or we have a coconut oat porridge that we do — but you top it with a brown coconut sugar, so you have a maple syrup and brown sugar kind of thing.

I think that’s my greatest learning: Give people something that they know in the language that you speak.

Do you worry about making food that’s too weird? Or do you want it to be even weirder? Or is “weird” a terrible way to think about it?

I think weird’s the right way to think about it, and I don’t get to be weird enough. I think part of it is because the style of service. You know, people want something comforting.

We tried! When we opened, we would do like a version of chawanmushi. No one wants cold egg custard. If it’s something people want, and you’re going to put your twist on it, they’ll try it. But if it goes beyond…

I don’t know how I got people eating sorrel rice for breakfast. Or the fact that we have a chicken porridge on the menu — it is absolutely a chicken soup, I know it — and yet people order it for breakfast.

How do you get people to change their habits? Just by offering it? I don’t know. I don’t know the answer to that.

Track Changes is our interview series about what’s changing in consumer culture, business, and design. Who do you want to hear from? Get in touch.