Great Jones had the startup launch of a lifetime. Now what?

How the cookware startup plans to keep people interested now that it’s no longer the shiny new thing. 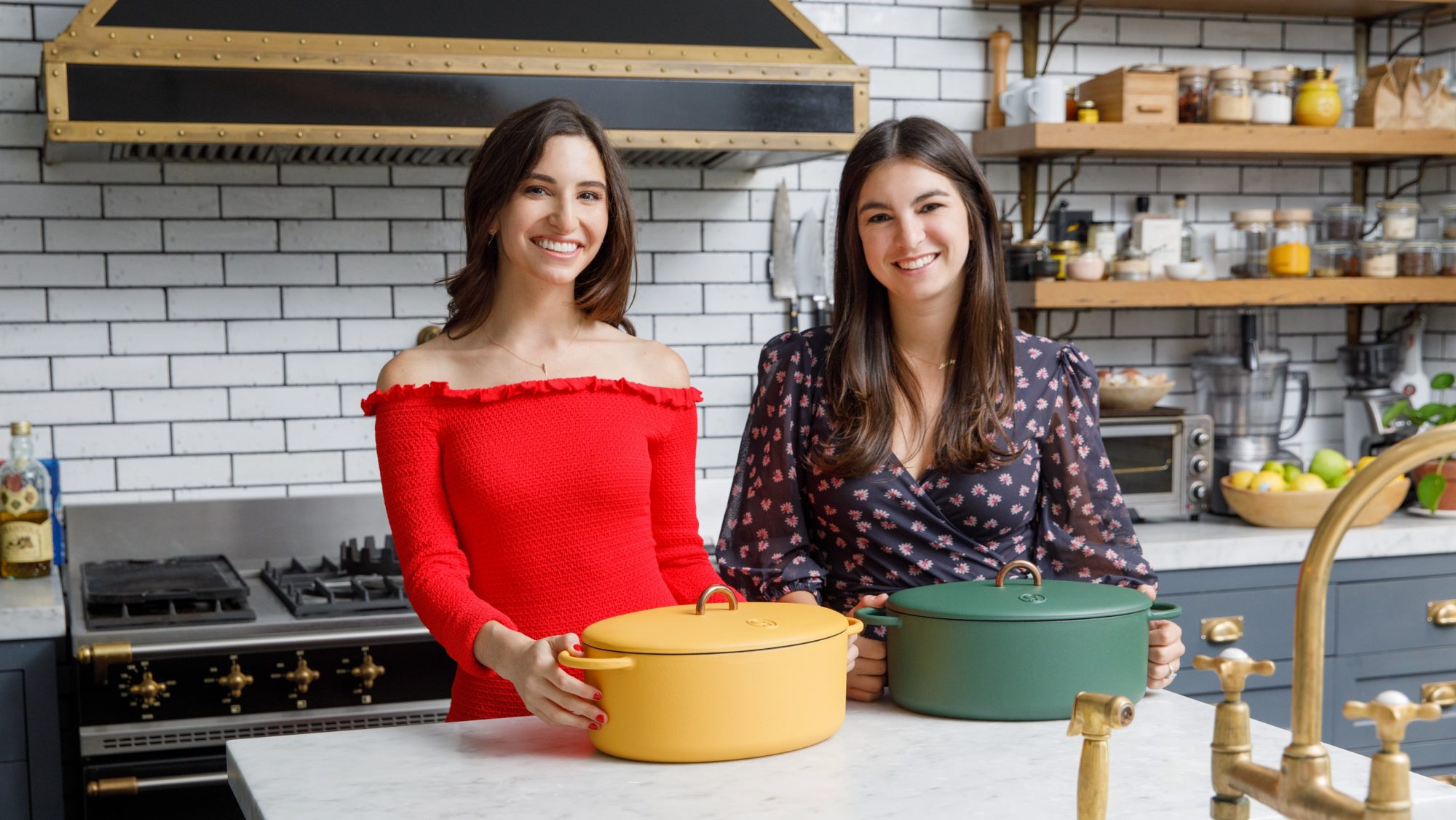 Both the New York Times and Wall Street Journal featured its products — a colorful, oval Dutch oven called The Dutchess, and four pots and pans in stainless steel — in shopping roundups just as the holiday season was heating up.

Tishgart and Moelis raised $3.35 million in seed financing. Eater weighed in: “The cookware startups that could topple the All-Clad establishment.” They staged a Los Angeles pop-up above Sqirl, the influential restaurant whose chef founder Jessica Koslow is a friend and investor. Instagram went wild. Pots became backordered.

I was impressed, and I wasn’t alone. Every founder knows that launch week is an important time to be visible. But for two solid months, it seemed like Tishgart and Moelis — and their “mustard” and “broccoli” pots — were everywhere. They were the rare hits with personality.

But that was last year. If Great Jones is ever going to do any damage to Le Creuset or All-Clad, it’s going to require years of creative, relentless execution. And now that Tishgart and Moelis have taken venture capital investment, to be truly successful, they have to eventually build a business worth hundreds of millions of dollars.

“We had a really strong launch, and now it’s about growth,” Moelis says. “It’s also about building out our team and setting the foundation for how we build a huge business.”

When we first spoke in mid-February, Great Jones had a team of just five and had just moved into a new, startup-shabby-chic office in Manhattan’s Flatiron neighborhood. In lieu of a conference room, we improvised with a small circle of chairs in the kitchen, where the team plans to host gatherings.

“Right now the five of us are quite scrappy and we do a million different things,” Moelis says. Great Jones had also outsourced many early functions. A husband-and-wife team did the industrial design. Pentagram, the prestigious design studio, created its brand identity, led by Emily Oberman. A public relations firm, No.29, helped with the launch. The pots and pans themselves are made by suppliers in China.

But now the plan is to start hiring specialists in growth, marketing, and operations. They’re crucial hires to get right. The company must level up its capabilities this year to keep on pace, but also build a great culture for the long run. The roles also give a good idea of how a small consumer-goods startup — albeit one that ships bulky pots and pans around the world — prioritizes things.

“We didn’t spend anything on marketing until about six weeks ago,” Moelis says — the beginning of this year. But now one of the new hires, a growth manager, will focus on the crucial and increasingly competitive world of growth marketing, where Facebook and Instagram especially have fueled many direct-to-consumer e-commerce startups.

One important thing to figure out is how to get Great Jones customers to make repeat purchases when they can go years, if not decades, with the same pots and pans.

A big question from investors, Moelis says, was: The full set of Great Jones cookware, called the Family Style, is $395. How is it going to drive repeat purchases and lifetime customer value? Those answers not only factor into how much money the company can make, but also dictate how much it can spend on marketing to acquire new customers.

“We’ve actually seen that customers who buy the full set are the most likely to come back and buy more,” Moelis says. And their repeat orders are the most valuable, on average, too. That’s an interesting lesson with one obvious next step: “How do we engage those people who committed to the full set up front and talk to them about gifting?”

Turning early customers into brand advocates is another can’t-miss opportunity. “We actually saw an interesting boost after the Super Bowl,” Tishgart says. “It was hard to tell, but I think people were cooking for their friends and perhaps showing [Great Jones products] to them. And that’s going to be the most powerful thing.”

Great Jones also publishes Digest, a digital publication featuring recipes, cooking tips, and a series of interviews with interesting people, to stay top-of-mind. And it plans to experiment with technology to deepen its connection with customers.

“One interesting thing, very nascent, is leveraging text or some way of communicating with people when they’re actually at the point of cooking,” Moelis says. “It’s not an easy thing to do, although I’m confident we could do it well.”

“The next wave is really us getting in front of people,” Tishgart says. “We don’t want this just to exist in someone’s screen. It’s great that they find out about it that way — it’s certainly powerful — but this is food.”

This is an interesting point of tension. It’s obvious that getting Great Jones products and delicious food in front of more people — physically — would help its business more than it would help many others. But how? (Especially at any meaningful scale.) And at what cost?

The team has just hired a marketing manager — she starts next week — to start leading its next wave of events, partnerships, and experiential projects, like its LA pop-up over the holidays, where Sqirl’s Koslow made blackberry jam and wine expert Marissa A. Ross mulled wine for 30 guests.

“It’s nice that our launch had an impression, but there’s a launch every week,” Tishgart says. “There’s a million direct-to-consumer brands. Making this connection more meaningful is going to come from meeting people and being there in person wherever we can.”

Tishgart and Moelis have experimented with things like casual “office hours” at Facebook’s New York office and The Wing, a women’s-only members club, to introduce themselves, answer questions, and let people see and hold their products, which don’t feel flimsy.

“The thing I always joke that people do,” Tishgart says, “they’re always impressed by the weight of it. You always see the dad shake, they like go like this… ‘ohh yeah, that feels good’. Every single person does that, especially men. And I think people are surprised somewhat by the weight and the heft of it, and so that’s a nice thing to show in person.”

That would be a lot easier if, say, Great Jones’ pots and pans were available in home-goods stores. But that’s not happening any time soon — nor is it part of the direct-to-consumer model.

“Who knows five years from now,” Moelis says. “But there’s 98% household penetration of cookware, there’s a huge market for us to reach through our own channels. And I don’t think we have plans to go through third parties. Our own retail experiences are something we may play around with.”

Great Jones’ last job opening is an operations associate to work alongside the company’s vice president of operations, Casper alum Gina Shaffer, on all things supply chain and operations.

That side of the business is never easy, and while Great Jones emerged from its launch bubble relatively unscathed — and managed to sell thousands of pots — there have been hiccups, as you might expect. One shipment, “stuck on a truck,” threatened to miss its expected Christmas delivery. Some items were backordered until just recently. And while I couldn’t find any Twitter complaints about chipped pots or short-lasting nonstick, it’s still early in the products’ life cycles.

One logistics challenge the team is already starting to figure out is how to allocate inventory for the $395 Family Style set, versus keeping stock for à-la-carte, where the range starts at $45 for the nonstick Small Fry pan and goes up to $145 for The Dutchess. Do you put some of the individual items on backorder so you can preserve some full sets, which are its highest-priced items, and — as Great Jones has discovered — are purchased by its best customers?

“We didn’t do that at first,” Moelis says, “because we just wanted to see what the data looked like and what the orders look like. Now we’ve learned — here’s a percentage that we should reserve for the Family Style.” That allows them to avoid unnecessarily losing any full-set sales.

That’s enough to add up to a busy spring for Tishgart and Moelis, who still have two key openings to fill. We will, of course, keep a close eye on their progress at The New Consumer. And with a launch like theirs, people everywhere will be watching to see how things go — and whether Great Jones can become a lasting, iconic home-goods brand or a fleeting memory of the Instagram-aesthetic era.

“Right now it’s a good business because so much of our growth has been organic,” Moelis says. “And that’s where we are hyperfocused on continuing to drive word-of-mouth and to get people to post about us, whether that’s an influencer with a million followers, or just someone who has a really tight community of friends that follow their taste.”