The CBD business is supposed to explode, but selling it online is still a mess

The banking industry is still holding everyone back. But why? 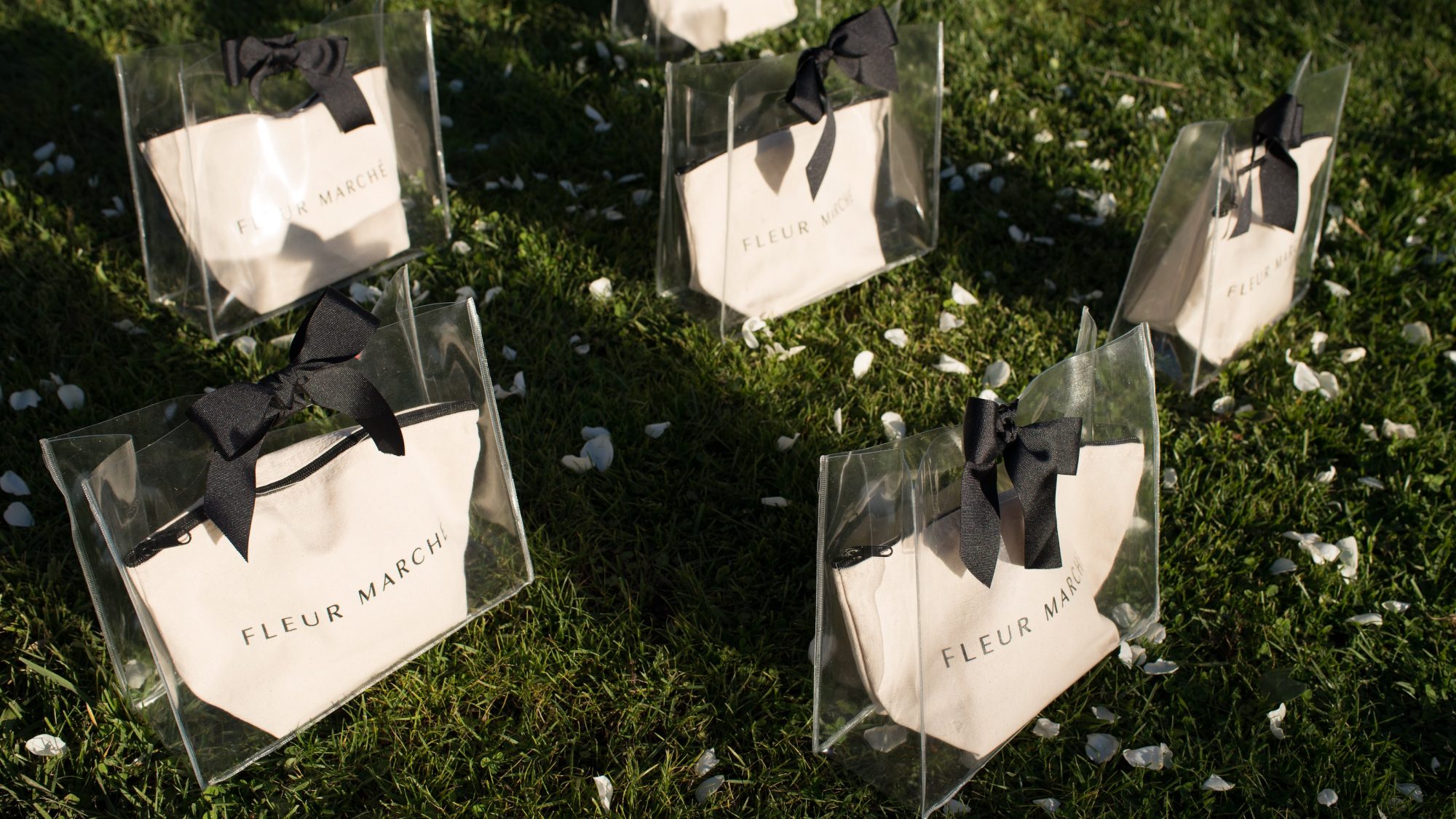 In this era of conspicuous consumption — one where the widespread legalization of cannabis in the US seems increasingly within reach — you might imagine one easy path to riches that involves CBD, the non-hallucinogenic substance that is meant to serve as a calming foil to marijuana’s better-known component, THC.

All you have to do is procure some CBD oil, design the perfect label gradient, toss it up on a Shopify storefront, and buy a few Instagram ads. Right?

In reality, it’s not that simple.

While consumer products containing CBD derived from hemp — which won’t get you high, but has supposed therapeutic claims — are increasingly popular, and theoretically legal, it’s still tricky to sell them. Especially online. Especially if you’re a startup or small merchant.

That’s because most industry leaders in e-commerce and small-business payment processing, including PayPal, Stripe, and Square, still don’t allow merchants to use their platforms to sell CBD, cannabis, or any related products.

That has forced entrepreneurs to use less savory payment processors, known as “high-risk” processors, which often come with onerous terms and demand a bigger cut of transactions. (“Vultures,” as one client describes them.)

The situation is a manifestation of one of the nascent US cannabis industry’s greatest fears: That giant companies, such as drugstore chains Walgreens and CVS — which recently announced they’d start selling CBD products in some stores — will quickly take over the market, leaving startups, including those founded by minorities, who were disproportionately punished when cannabis was illegal, and women, with crumbs.

“Like almost everything else, and especially often in cannabis, wealthy people who can afford to pay for big-money things, they get to skate,” says David Weiner, co-founder of New York-based Gossamer, which recently launched its first CBD product, a $65 tincture called Dusk, “engineered to help you rest,” and, like many cannabis startups, is on the hunt for a new payment processor.

“And smaller businesses, independent businesses — which are often run by women and people of color — get screwed over,” he says.

Shopify, Stripe, and Square have taken off because they make it easier for small businesses to thrive, offering commerce tools that often provide a much better experience — for both customers and merchants — than what giant corporations can make themselves. And the founders of these companies — mostly good-seeming people! — have gone out of their way to stand up to various forms of social and corporate inequality. So why aren’t they leveling the field — feeding the CBD ecosystem instead of throttling it?

The payment companies generally wouldn’t comment, pointing me instead to various terms of service and acceptable use policies.

But based on conversations with people familiar with the companies’ thinking, and reading between the lines, the problem seems to be the banking industry. While the 2018 US Farm Bill may have legalized the production and existence of CBD, it is still in a hazy legal and regulatory position. And until the big banks — which all of these mainstream payment providers heavily rely on — are legally comfortable dealing in CBD, the major processors’ only real choice is to ban it.

Each company has a slightly different way of putting it.

PayPal, for example, points me to its acceptable use policy, noting “PayPal currently does not permit the use of our payments platform for the sales of products containing Cannabidiol (CBD).”

Stripe bans “Cannabis dispensaries and related businesses,” “products and services with varying legal status on a state-by-state basis,” and “products that make health claims that have not been approved or verified by the applicable local and/or national regulatory body.” That doesn’t specifically say CBD, but it’s implied.

Square, which provides point-of-sale systems and credit card processing for many small retailers and coffee shops, also currently bans CBD products, according to a January 2019 post by an administrator on its message board: “CBD and Hemp products are still not supported on Square’s platform due to the obligations we have with card networks, and other financial institutions.”

As for Shopify, in the US, it seems you can generally get away with selling CBD products on a Shopify e-commerce storefront. But you have to use an acceptable payment processor — not Shopify’s or many other big ones. (Shopify, which is Canadian, will let you sell actual weed in Canada, where it is legal, provided you have the right license. The company didn’t respond to my request for information.)

Instead, to play by the rules, you often have to find and sign up for a high-risk processor, such as T1 Payments or others.

These processors often have stricter or more opaque terms, take a larger cut from transactions — say, 5% instead of 3% — and might hold a bunch of a merchant’s money in reserve to cover potential chargebacks or fraud.

Some entrepreneurs who’ve worked with high-risk processors tell me that they are not the easiest to find, or sometimes to do business with. When they work, they mostly work. But there is a cottage industry of independent brokers that isn’t always helpful or well-connected. Sometimes you have to set up an overseas entity and then funnel the money back to the US. Sometimes you’re just too small.

To work with Shopify — which many merchants prefer to use to host their stores — high-risk processors sometimes require special configuration, which can change. The whole process can feel like a game of Whac-A-Mole.

Things seemed to be looking up when Elavon, a large payment processor owned by US Bank, started accepting CBD merchants last year. But Elavon recently made an about-face, announcing in March that it was banning CBD sellers from its platform and giving existing clients 45 days to find a new processor.

“After several months supporting this merchant segment, it has become clear that the pace of an evolving Federal and State regulatory framework makes it extremely difficult to validate the qualifications required to operate within this industry,” the company reportedly emailed its CBD clients. Many are now scrambling with an extended May 15 deadline looming.

“For all of our efforts to be good actors in all of this, you just never know — it’s so volatile,” says Ashley Lewis, co-founder and CEO of Fleur Marché, an online “cannabis apothecary” that sells CBD starter kits “for life’s great challenges,” including Le PMS and Le Sleep.

“You can get the rug pulled out from you at any moment,” Lewis says.

And that is really today’s CBD industry in a nutshell.

It is still, to be sure, a legal gray area. While the 2018 US Farm Bill legalized hemp-derived CBD on a federal basis, it is still regulated differently in many states and cities. Topical CBD products may be regulated differently than edible products. The US Food and Drug Administration announced this month that it is holding a hearing on May 31 as it considers how to regulate cannabis products.

For now, the big banks are still in a crouching position on CBD.

While there are potentially billions of dollars to be made — one recent forecast projects a $16 billion US consumer CBD market by 2025 — it’s no surprise that the risk-averse payments industry is still waiting for more legal clarity.

A new bill, the SAFE Banking Act — which would “provide federal protection for financial institutions that serve state-authorized marijuana and ancillary businesses” and specifically “improve access of financial services to minority- and women-owned cannabis businesses,” according to Marijuana Business Daily — is working its way through Congress. If it becomes law, it could help open the floodgates.

In the meantime, we’re stuck in this early-adopter dichotomy where entrepreneurs have to keep changing their providers, but big businesses seem to be able to skate on by.

It is very difficult to imagine that Walgreens, or other big retailers like Barneys New York or Sephora, will be establishing foreign subsidiaries or setting up separate, high-risk processor relationships to sell CBD products in stores or on their websites. Or that these businesses would have launched CBD in the first place without doing legal and financial due diligence.

I reached out to Walgreens and CVS to help understand their position and preparation. Neither responded.

The new cannabis industry is an area I’ll be watching and covering regularly at The New Consumer.

Fad or not, effective or not, CBD has become surprisingly popular: Some 7% of US consumers polled in January by Cowen, the investment bank, reported using CBD as a supplement.

Update: In May, Square began an invite-only pilot to start working with a small number of CBD merchants. More here for The New Consumer members.

I’m a longtime tech and business journalist, and I’m excited to focus my attention on how technology continues to profoundly change how things are created, experienced, bought, and sold. The New Consumer is a newsletter and website supported entirely by your membership. Thanks in advance.